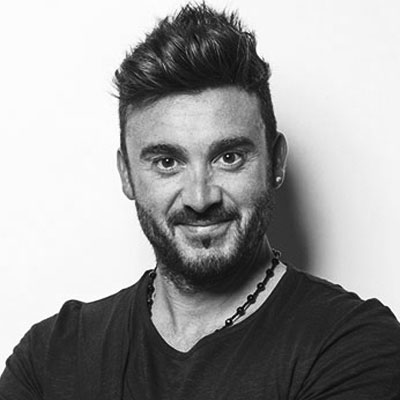 Promotions & Offers
Book A Consultation
Lorenzo’s hairdressing career began reluctantly at the age of twelve: ‘I was a shy kid with no real interest in hair but my father convinced me to help out in his salon. By the end of my first day, I was hooked!’
His first haircut – on his 14-year-old best friend – gained such a positive reaction from his school friends that Lorenzo knew hairdressing was his destiny!
Committed to hard work and determined to succeed, Lorenzo trained in London where he qualified in 1994, moving quickly through the ranks of three different salons to become salon manager.
With a keen interest in sport – from his beloved Thai boxing to Chelsea FC – Lorenzo believes that the key to happiness comes from ‘surrounding yourself with successful and positive people.’
After 25 years of hairdressing and 15 years in business, salon owner and director Lorenzo has decided to take a backseat and mentor the youth and future of Mova. His hours will be changing as of 2018.  For further information please ask in salon.
X

Sometimes website display issues can be fixed with a hard refresh. If this does not resolve the problem, please complete a bug report below.

By submitting this form a screenshot will be taken of this website as YOU currently see it which include sensitive information. You also agree to diagnostic information being taken including but not limited to: Browser type (Chrome/Firefox, IE etc), Operating System and IP Addresss. We may attempt to contact you in order to help resolve the issue you are reporting to us.

Thank you! Our technical team will look at this issue shortly.

We use cookies to ensure that we give you the best experience on our website. If you continue to use this site we will assume that you are happy with it.